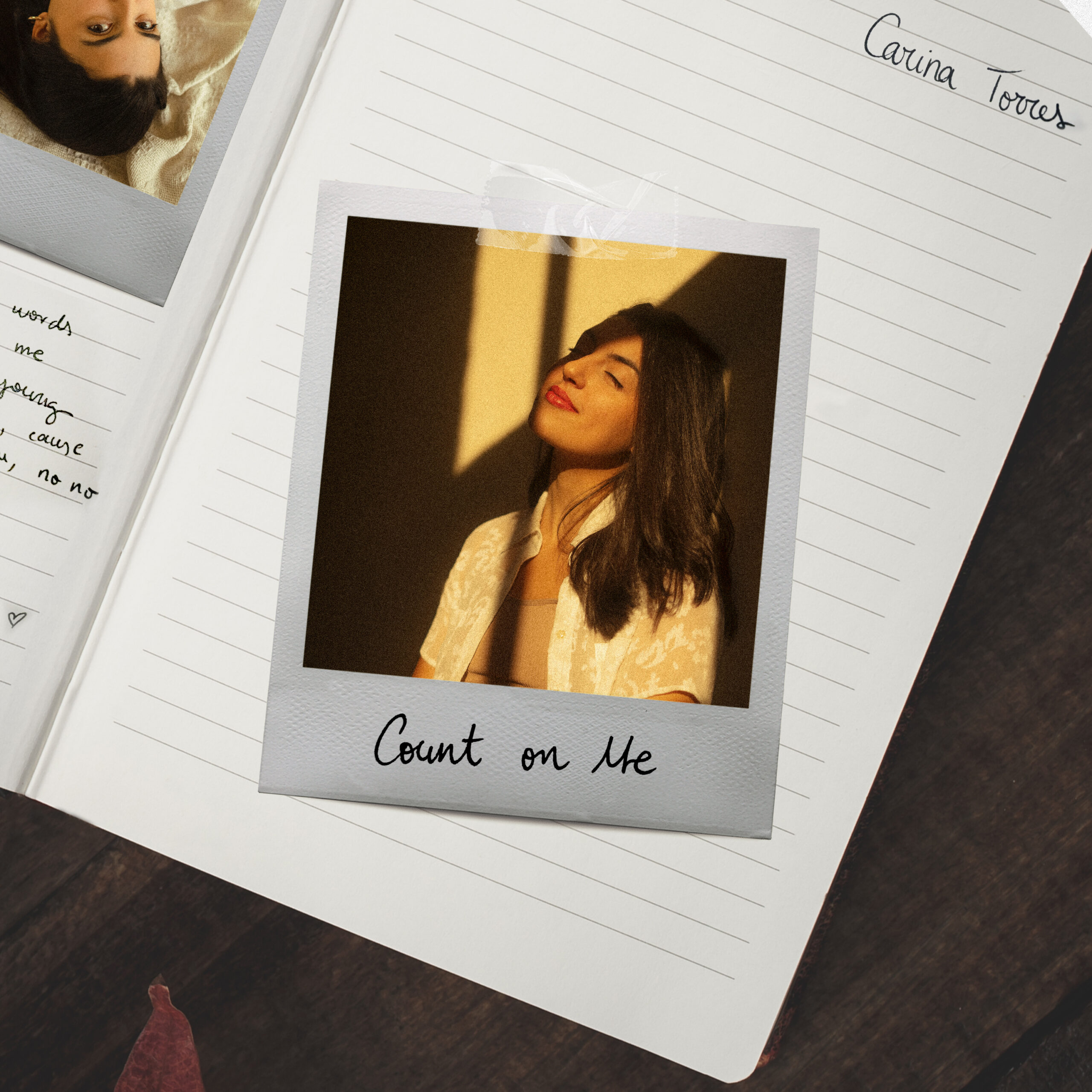 Independent singer-songwriter Carina Torres returns with the addictive new single ‘Count on Me’. A track that has had a great response from live audiences, the release is her fourth single to date. Having grown up in the south of Brazil and moving to Barcelona when she was a teenager, Carina now resides and performs in London. She carried her passion for music and performing through many years of training during her teenage years. She moved to the UK to study Musical Theatre Triple Threat at the University of Chichester. There, she graduated with First Class Honours in May of 2020.

In 2020, she enrolled in a Singing and Songwriting Diploma at Point Blank in London, graduating in April 2021. In January 2021, she released her self-produced debut single “If I Knew You,” a uniquely touching song lovingly dedicated to her younger self. In April, she released her heartbreaking single “The Way We Exist,” which was described by critics as a “silky gem” with “powerful and intense vocals” and “steeped in compelling emotional storytelling.”

Carina Torres tapped into a more R&B, and Indiepop inspired sound, in June 2021, with her new single “Nowhere.” This well-received single was mentioned as a “delightful reminder of why you want to keep your eye on her” and opened up the doors of some live music stages in London.

Speaking about her new release, Carina shares, “Count on Me is a love song through and through. It is about really wanting to keep someone around and saying that you are there for them the same way they are there for you. You might not be able to fully describe it but you know the feeling is there, the love is strong and you don’t want it to go away.”

Sounding like something you’d encounter in today’s mainstream charts, Carina Torres’  ‘Count on Me’ is a guiding light and a reassuring contender in the hectic industry. Armed with smooth silk woven vocals and infectious melodies, the transcending new anthem commands your full attention and never lets it go.

For press contacts and opportunities, please use this form: https://carinatorres.com/press-material/